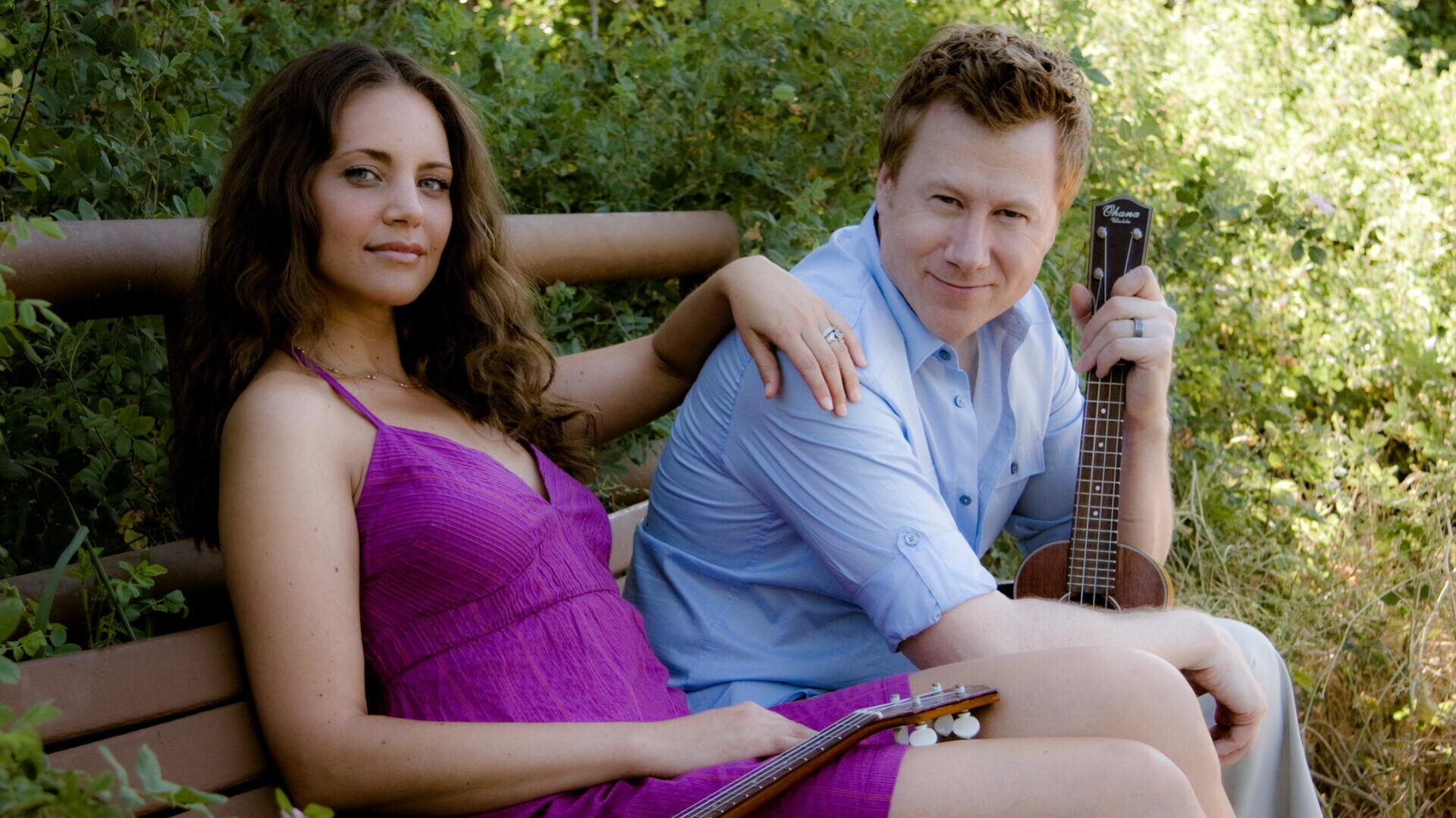 You will hear your favorite songs like never before and walk away with new favorites that you can’t wait to hear again. Their music and their live performances will leave you with a smile on your face and a feeling of joy in your heart. Peace, love and ukuleles!

Originally from the small town of Lake Hopatcong, N.J., Christopher has been a working actor and singer for most of his life. He studied acting at the Mason Gross School of the Arts at Rutgers University.

Christopher spent eight years in New York City as a member of the a capella quartet JQ and the Bandits, which toured all over the world and can be heard on several Broadway cast albums and their own debut album, Bandits of Love. As an actor, he appeared in numerous Off- and Off-Off Broadway shows, then made the move to L.A. His most recent acting credits include guest-starring roles on Touch, Castle, Bones, CSI:NY and a recurring role as Carl Revis on the NBC show The Event.

Christopher’s love of the ukulele grew out of the love he has for his wife. Being a Polynesian dancer for most of her life, it was only a matter of time before she received her first ukulele, and it took only moments before Christopher picked it up and began to play. It was love at first strum, and before long, Uke Box Heroes was born. For Christopher, the ukulele is a powerful instrument of love, happiness and beautiful music. It’s also not afraid to rock when asked to!

Christopher is proud to be a member of UBH and hopes their music can touch someone and make the world just a little bit sweeter.

Miracle grew up in Huntington Beach, Calif. (“Surf City”), where music, art and dance have always been a part of her life. Her father is an artist and her mother is a musician/vocalist, as are her two sisters. All the women in the family (starting with her mother at the age of 21) have been Polynesian Dancers at some point, and some still are. Miracle has been a part of the Hawaiian community since she was a child, and a few years ago her mother and sisters formed an all-female Hawaiian music group. Although Miracle was just a dancer for the group, thanks to an introduction to the ukulele by her sister, she quickly fell in love with the instrument and developed an immediate passion for it.

She is also an actor, appearing for two seasons on Joss Whedon’s Dollhouse and working steadily in the indy film circuit with a handful of lovely and talented people such as Alan Cumming, Garret Dillahunt, Josh Duhamel and Katie LeClerc, among others in various features and other projects. Her husband, Christopher May, is also an actor and when Miracle brought home her birthday present from her family one day (incidentally, her 1st ukulele) he took one look, picked it up and strummed with ease as if it were a natural fit. Without knowing it, Uke Box Heroes was born in that moment.

Miracle has always been amazed at the amount of joy the ukulele can bring people, whether they’re playing it or listening to it, whether they’re singing along or struggling with a new chord, whether they’re in bed, on the couch, by the beach, at a friend’s house, or in front of an audience–the experience is always magical and happy-making. She feels very blessed to have such a sweet thing in her life and to be able to share it with the sweetest partner: her husband.